Inspired and motivated to do something, having witnessed first-hand the impact of the London Bridge terror attack on his fellow colleagues, T/Inspector Steve Hewitt from the British Transport Police based in Croydon, set himself a challenge to raise money for the Blue Lamp Foundation and invited his family and friends to join him.

Booked for the last weekend in May, Steve and his team, including his two young children aged 8 and 10, will take on three peaks in three days!

Climbing Ben Nevis, Scafell Pike and Snowdon, Steve and his team hope to raise £2000 with this challenge.   They are already a quarter way towards meeting their goal with their JustGiving page: http://www.justgiving.com/fundraising/UKAdventures 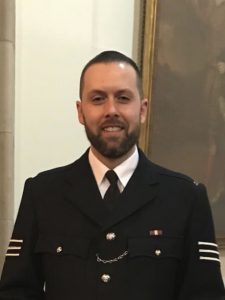 Steve said: “I wanted to do something positive after seeing first-hand the impact that the London attacks had on my fellow police officers.  I chose the Blue Lamp Foundation because this charity is a life line to those injured whilst on duty and sadly this is becoming more and more a daily occurrence.”

Blue Lamp Foundation Chairman Peter Sweeney said: “We rely totally on the fundraising efforts of our supporters and champions to be able to help our 999 heroes when they need us most.  We’re wishing Steve and his team all the very best with this challenge and encourage you to support them if you can via the JustGiving Page and help them meet their target.”